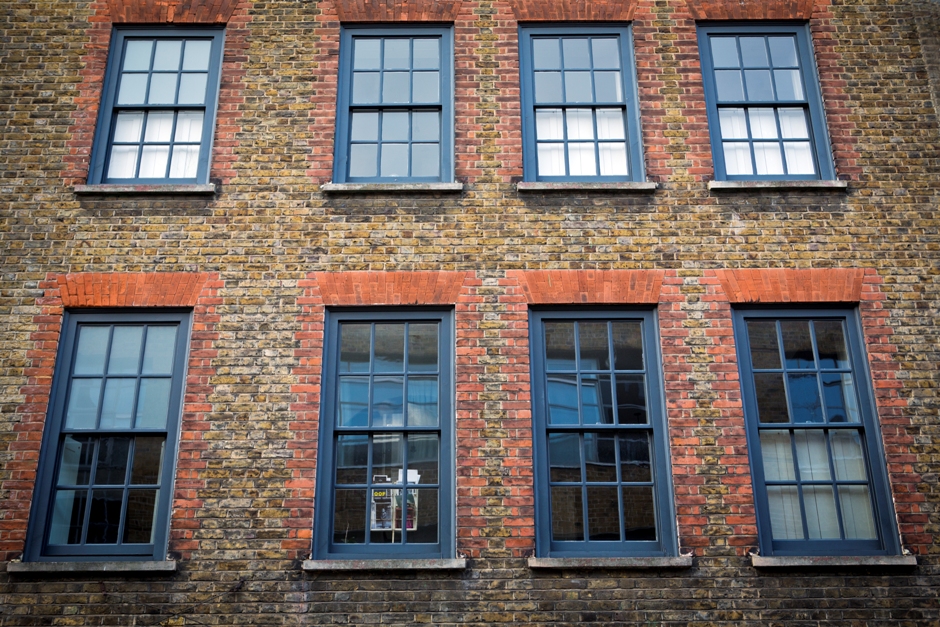 Georgian style sash windows were one of the most important visual elements in buildings from 1714 till 1830. Georgian Sash Windows were always externally painted, usually off-white or pale stone colours and made from timber: native oak or similar hardwood. Early glazing bars were robust and big, often almost 40 mm thick to protect the fragile glass. Despite of all, the increasing oak usage for shipbuilding coincided with the bigger availability of cheaper softwoods from Baltic states and Scandinavia. So the Georgian Style Sash Windows design evolved: panes became thinner, the width of the glazing bars began to decrease. By the end of the eighteenth century, timber glazing bars were as little as ten millimeters wide.
Georgian Sash Windows which are installed in Georgian style houses, often has the classical arrangement of three panes across by two up on each of two sashes, giving six over six panel Georgian Style Sash Window. The upper and lower sashes slide vertically in separate grooves, counterbalanced by lead weights on cords. Later, as the window manufacturing progressed, the weights have been replaced with springs.

ADD THE TOUCH OF ELEGANCE TO YOUR HOME